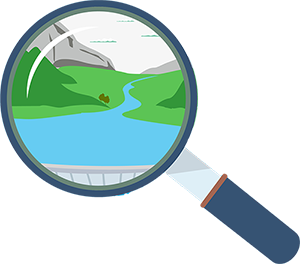 In the context of climate change, understanding the natural and anthropogenic fluxes between the landscape and the atmosphere is essential in order to improve our understanding of the future changes. 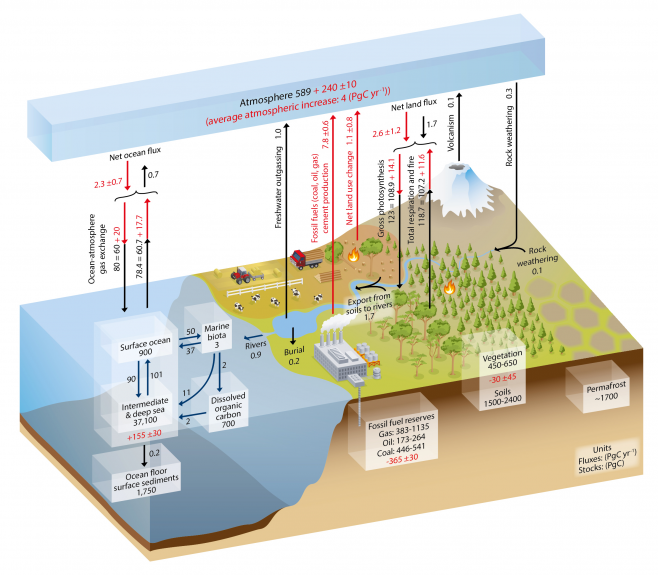 This allows more time for biological processes and accumulation of particulate carbon to take place within the reservoir itself, although they may have occurred elsewhere downstream previously. Secondly, it changes the physical and chemical environment of the carbon pools. For example, the carbon contained in the soil organic matter and, to a lesser extent, vegetation can be degraded more rapidly once submerged under water and this increases the stock of GHGs within the waterbody that can then be released to the atmosphere.

In areas devoid of oxygen (e.g. sediments, flooded soils, anoxic water layers), the decomposition of the organic matter often leads to the production of CH4. CH4 dynamics is a highly complex biological phenomenon in aquatic systems. First, it can be produced through different microbial pathways (e.g. acetoclastic, hydrogenotrophic). Second, once produced, the CH4 can itself be degraded to CO2 by methane oxidizing bacteria (MOB). Whatever remains as CH4 can then ultimately be released to the atmosphere through different physical pathways of varying efficiencies (diffusive flux, bubbles, plant-mediated transport). The complexity of these processes can often lead to a decoupling between the production and emission of CH4, and current evidence highlights the strong temporal and spatial variability in CH4 emissions within a single system. It also makes both the measurement and the modelling of CH4 a difficult challenge.

The construction of a dam to retain the water also requires structures (e.g. outlets and spillways) to evacuate the water from the reservoir to regulate water levels. These structures can be located at different reservoir depths depending on their purpose (i.e. emergency flood releases, sediment management, abstraction, etc.). In the reservoir water column, the deeper water layers are isolated from the surface and more vulnerable to oxygen depletion and hence containing high GHG concentrations. If water from deeper areas of the reservoir are released downstream of the reservoir, it can result in a release of important quantities of GHG through a process known as degassing. Figure 2 provides a visual representation of the carbon cycle in reservoirs.

With such alterations to the carbon cycling, impoundment will induce new GHG emissions, particularly in the early years following impoundment. The intensity of the emissions, the main emission pathway, the dominant form in which they occur (CH4 or CO2) as well as their evolution through time will depend on the particular climatic, geographic, edaphic and hydrologic settings of the reservoir and its catchment. Until now, however, there has been no general model to estimate the changes to the carbon cycle and the quantification of the changes to the GHG fluxes due to the creation of a reservoir. 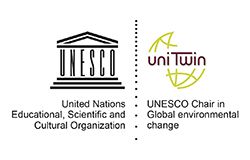